Back to the top

At 6 p.m. each evening, a wall of books rotates to reveal a lobby bar that's anything but a lobby bar:

The Study has been described as a chic, modern, and sexy atmosphere. And the performers that set that vibe, pure talented. Every night guests and kama'aina alike can imbibe and vibe to the sounds of skilled local artists.

The drinks are legendary - each one named for a literary work and composed with as much thought (the 100% organic, largely local dinner and dessert menu is similarly masterful). 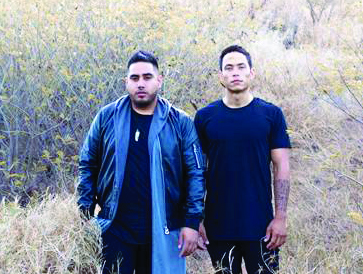 When asked how he would define his personal sound and genre, Moreno admits that he wants to break free of what "certain types of music are supposed to sound like." He believes that no song should be performed the same way twice. Preferring to let the interplay between his emotions and the surrounding ambiance drive the sound of his music and performance in any given moment, Moreno views it as a constant process of creation between his voice and the energy of the space he is in.

Learn more about Izik and watch his video teaser 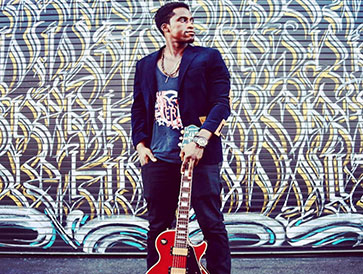 Jegaan Singh Faye brings his blend of jazzy acoustic renditions, up-tempo funk and modern soulful crooning to The Study. In addition to his solo performances throughout Waikiki, Jegaan often performs with the Island Kings Band. 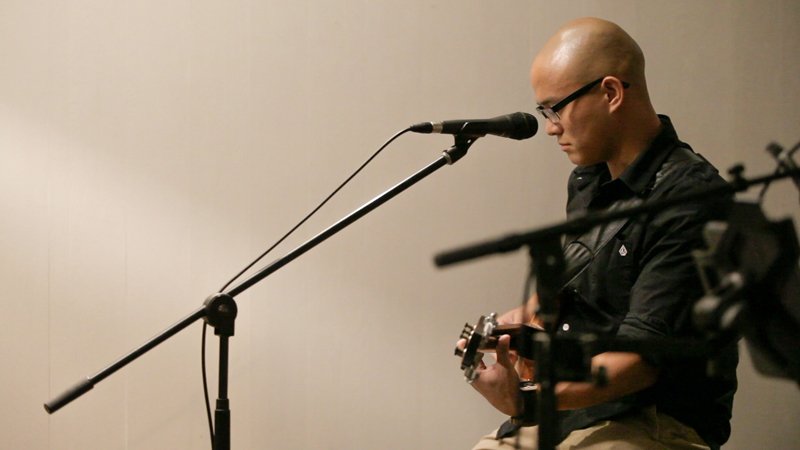 Sundays at The Study have become the place where musicians go to listen to music, largely thanks to Jeremy Cheng and the talent that seems to tag along with him wherever he goes. From the guys playing alongside him to the area musicians that congregate in the crowd, Sundays at the Study often become a Who's Who Open Mic Night, only you have to be extremely talented to mix it up with Jeremy and his gang. After four hours of Jeremy's live music, a DJ will keep the good times going starting at 11 pm.

Duncan Kamakana grew up on the island of Oahu in a family richly steeped in music, Hawaiian culture, intellectual stimulation and abundant love and creativity. In 2012, he scored a significant break by landing a Burger King commercial that featured a modified version of the hit song "Fish and Poi." It catapulted his career locally. While playing a gig at Rumfire in Waikiki that July, a prominent LA music supervisor recognized him from the commercial and helped him get a private audition for NBC's hit show "The Voice." Producers chose him out of 50,000 other contestants vying for the coveted opportunity. Maroon 5's Adam Levine chose Duncan for his team and coached him alongside the other finalists.

Hawaii's diverse crowds have long influenced Alex Oasay's music. "I try to play music that everyone will enjoy, no matter where they're visiting from," says Alex, who decided to make music his living three years ago. Before turning full-time musician, Alex was busy "tuning up cars." Now, he prefers to tinker with MODERN music -- a mix of early rock, modern pop and Hawaiian influence. 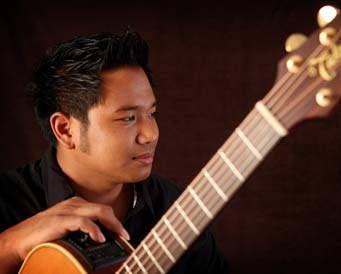 Randy's passion for music started in high school where he picked up guitar, ukulele, and singing. He started a local group "First Verse" and in 2005, their debut album, "From the Top" peaked at #5 on local radio station Island 98.5. Randy Allen performs as a solo guitarist with his remarkable relaxing vocals, at various venues on Oahu. He has a very unique acoustic lounge sound with influences from R&B, Soul, Pop, Oldies, Rock, and Local Contemporary Music. 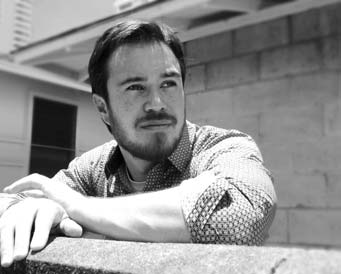 Sean Cleland is a performing and recording musician based out of Honolulu, Hawai'i. He is a songwriter, guitarist, vocalist, multi-instrumentalist, producer, and instructor. Sean was born in Honolulu but spent his formative years in the wine country of northern California, and then proceeded to backpack through Europe/North Africa for three months before settling in San Diego. Throughout this time he never stopped studying music, playing guitar, singing, writing songs, and honing his production skills. In 2009, after three years in San Diego, he returned to Honolulu and began building his life professionally around music. He now performs, records, and teaches full-time.


Back to the top
ABOUT THE STUDY @ THE MODERN HONOLULU 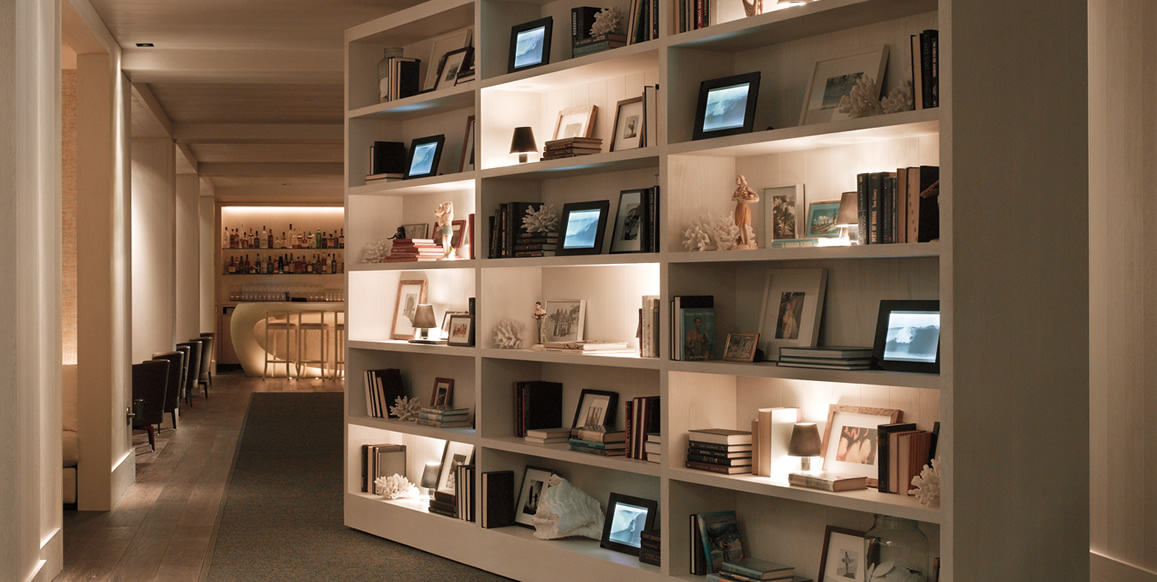 At 6 p.m. each evening, a wall of books rotates to reveal a lobby bar that's anything but a lobby bar:

The drinks are legendary - each one named for a literary work and composed with as much thought (the 100% organic, largely local dinner and dessert menu is similarly masterful). 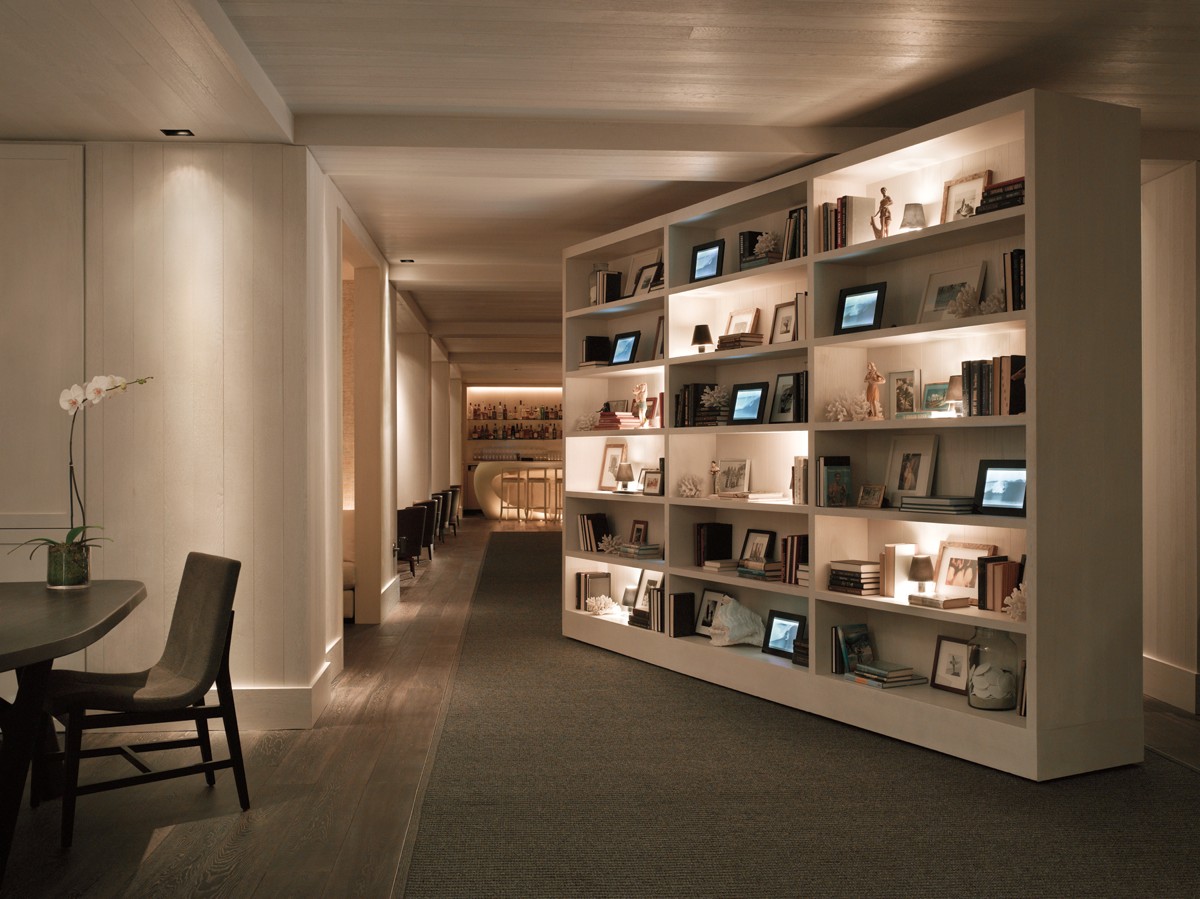 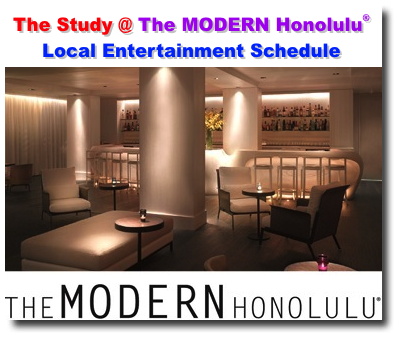